Department of Entomology
Conducts research on neuroethology of insect olfaction.

Department of Psychology
My research examines neural and cognitive mechanisms of creative thinking. In particular, I study the roles of memory systems and cognitive control in creative thought. One area of my research uses fMRI to characterize brain network dynamics supporting creative cognition. A goal of this work is to identify cognitive processes associated with patterns of functional brain connectivity during idea generation. I also explore how cognitive abilities and personality factors relate to variation in brain network functioning.
Keywords: creativity, cognitive control, memory, individual differences

Department of Physics
What algorithms are/can be used, and what are the semantics of neural representations? This concerns both biological systems and engineered applications. Particular interests include: (a) the role of neurogenesis and synaptogenesis in memory formation; (b) the role of massive feedback connections (as in the visual cortex) in learning, in perception, and in the self-organization of neural systems. Department of Psychology
My research focuses on the neural representation of language and how this representation changes with age. In particular, I am interested in age-related differences in phonological and semantic aspects of language production. My lab and I combine behavioral, neuropsychological, and neuroimaging measures to examine the relations between age, cognition, and the brain. I have also investigated contributions of the right hemisphere to language with research studying figurative language, discourse, and novelty. Finally, I worked on the Biomedical Informatics Research Network (BIRN) for 10 years focusing on best practices in neuroimaging and multi-site experiments. Department of Animal Sciences
My research has focused primarily on fear and stress in companion animals and their human handlers. I am particularly interested in biobehavioral measures of canine, feline, and human interactions. My interests include human and animal public health, animal welfare, and canine cognition.
Keywords: canine behavior, human-animal interactions

Department of Philosophy
My research in the philosophy of mind focuses on the difficult question of how consciousness and other mental processes might be produced by a physical thing like a brain. Drawing on work in phenomenology and biological functionalism, I argue that consciousness has evolved as a way for the mind to represent time. Conscious states represent the way the world is at the present moment in order for the creature to assess where it has been and how best to proceed.
Keywords: consciousness, animal cognition, the mind/body problem

Department of Human Development and Family Studies
I am interested in understanding brain systems that mediate anticipatory and consummatory (outcome) responses to incentives (rewards, losses) and how these relate to the development of cognitive control, including inhibitory control and working memory. I am also keenly interested in how risky behaviors, such as cigarette smoking, might be more rewarding to adolescents than adults and how this, in combination with limitations in cognitive control, might lead to initial experimentation with the drug and dependence. The conceptual model that guides much of my research is that it is the interaction between incentive (reward, punishment) processing and basic cognitive control abilities, both of which are still maturing in adolescence, that sets the stage for suboptimal decision making and risk taking, including substance use.
Keywords: fMRI, development, cognitive control Department of Psychology
I study the development of neural mechanisms engaged in dynamic perception and action planning. My research involves behavioral, neuroimaging (EEG and fMRI), and computational methods. Current projects focus on studying the development of self- and object motion processing and human and computer-based mechanisms associated with the detection of visual symmetry. I am also involved in a large-scale effort to create an open repository for video-based behavioral science data.

Department of Entomology
My group’s research focuses on the genomic analysis of social behavior in honey bees and other social insect species. We are primarily interesting in understanding the molecular basis and evolution of chemical communication and host-parasite interactions. We are characterizing the molecular, physiological, behavioral, and social factors that regulate these processes. These studies not only shed light on the molecular pathways underlying behavior, olfaction, immunity, and chemical ecology, but can also serve as the basis for applied research into novel methods for improving honey bee breeding, colony health and management.
Keywords: insect behavior, insect conservation

Department of Psychology
My research examines the effects of brain injury and disease on functional brain organization. One primary goal of our work is to understand how distributed neural networks are altered following significant neurological disruption (e.g., traumatic brain injury). Using functional MRI and high density EEG our work examines short-term plasticity during task acquisition (i.e., new learning) as well as whole-brain changes occurring during the first year after injury. Two important facets to this work are the: 1) integration of network modeling (e.g., euSEM, graph theory) to document network changes and 2) focus on individual differences in recovery to address the heterogeneous effects of injury on neural systems.

Department of Entomology and Department of Biology
Lab Website
My group and I are interested in parasites that control the behavior of their hosts. Working with model systems in tropical and temperate habitats we explore disease dynamics, defense and the evolution of manipulative strategies. A major focus is moving into a proximate level view in an effort to understand how a single celled organism in one Kingdom (Fungi) alters the CNS of a multicellular organism in another Kingdom (Animalia). 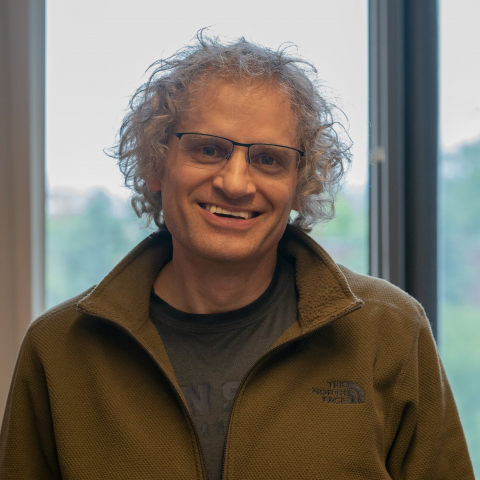 Department of Physics
The research in our group focuses on computational models of generation and perception of complex birdsong, and robust recognition of auditory objects such as speech in the auditory system. The work is done with close collaborations with experimental groups. Research in the lab focuses on the role of genetics in complex disorders. We examine if genetic variation influences behaviors and try to elucidate the biological mechanism through which this is occurring. Behaviors related to alcohol and nicotine use are the primary focus.

Department of Psychology
Given known constraints on the human brain, how do learners extract the information they need from the environment, often without realizing they are doing it? The Karuza lab uses a combination of behavioral and neuroimaging techniques (fMRI) to probe learners’ sensitivity to both the simple associations and network-level structures around them, with a particular focus on which patterns best facilitate learning.
Keywords: Keywords: statistical learning, language acquisition, network science

Department of Nutritional & Department of Food Science
My laboratory studies eating behaviors in young children, in particular, how do they develop and how are they related to risk for obesity later in life. We are using techniques such as brain imaging and genetic screening of taste polymorphisms to provide insight into the biological underpinnings of eating behaviors and food preferences in children. Also, we are researching the impact of food marketing and branding on these eating behaviors. Department of Biology
I am interested in the physiological and behavioral consequences of novel stressors. My research examines the impact of invasion by predatory and venomous red imported fire ants on native lizards. We are finding that lizards from populations exposed to these invasive ants have elevated levels of corticosterone (CORT, a stress hormone), altered antipredator behavior, and increased behavioral sensitivity to CORT. I plan on investigating neural mechanisms, including changes in CORT receptors, that could be driving these patterns. Departments of Computer Science and Engineering and Electrical Engineering
I am interested in the whole perception, action and cognition cycle for machine and human (animals) and their interplay. My collaborators and I are seeking near-regularities, and building discriminative and generative computational models from real data guided by mathematical group theory and statistical machine learning. Our data sets come from a diverse set of applications from massive, multi-modality, high-dimensional, spatiotemporal biomedical images, hyper-spectral cellular images, motion capture data, EEG/fMRI/sMRI, video/audio and crowd sourcing data. Journal of Research in Music Education
The Pitch Exploration Lab is a space for undergraduates or graduates from any major on campus to explore music, brain, and psychology topics. We especially welcome research questions related to pitch. Work related to topics in the lab has been published in Psychology of Music, Psychomusicology, Musicae Scientiae, and Journal of Research in Music Education.
Keywords: music psychology, music perception, vocal pitch production

Department of Entomology
I am interested in chemical receptors, pheromone evolution and behavior in insect pollinators 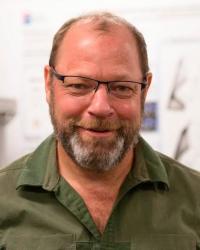 Department of Communication Sciences and Disorders
Research in my lab focuses on finding ways of optimizing language therapy for adult language disorders, with a primary interest in aphasia. Specifically, we are exploring what neuroplastic processes are taking place during successful therapy and how to enhance these processes. Additionally, we are exploring how cortical reorganization due to aging affects the way we interpret the cortical reorganization that results from language therapy.
Keywords: Aphasia, semantics, neuroplasticity, stroke rehabilitation Department of Psychology
My core interests lie in understanding how children form representations of the visual world and how emerging functional specificity of the developing brain supports this process. Specifically, I am interested in the developmental trajectory of face representations because the discrimination and recognition of faces is one of the most taxing perceptual challenges confronted by people in their day-to-day life. I employ converging methodologies, including functional and structural magnetic resonance, and diffusion tensor imaging along with detailed behavioral paradigms in both typically developing populations and those with developmental disorders, with particular emphasis on autism, to examine development across multiple time points from early childhood to adulthood. 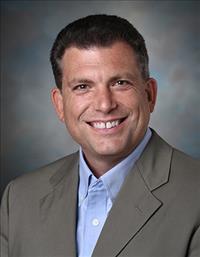 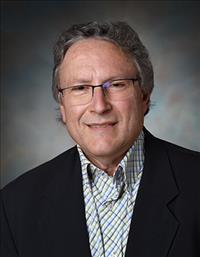 Department of Biobehavioral Health
I am interested in the control of neuronal gene expression by drugs of abuse.
Keywords: genetics genomics addiction substance use disorder

Department of Psychology
My primary interest is in the domain of language acquisition and statistical learning (i.e., how learners track the distributional properties of speech). Recently, this work has begun to explore how language learners are able to track multiple inputs and non-uniform distributions. I adopt a comparative approach, studying these mechanisms in infants, adults and nonhuman primates. I also maintains an active research program studying motor planning and cognition/communication in nonhuman primates.
Keywords: Language Acquisition, Statistical Learning, Language and Motor Planning, Comparative Psychology

Department of Communication Sciences and Disorders
My research focuses on the characterization of cognition and language in individuals with autism spectrum disorder (ASD), based on an information-processing model, using behavioral, neuropsychologic measures, and functional magnetic resonance imaging. Specifically, I am interested in understanding the ability of individuals with ASD to perform language tasks with variations in contextual and processing demands. Department of Psychology
My primary area of research interest is addictive behavior, with a specific focus on cigarette smoking. I utilize an interdisciplinary approach that integrates theory and methods from traditional behavioral addiction research with those derived from the affective, cognitive and social neurosciences (e.g., functional magnetic resonance imaging, or fMRI). The overarching objective of my research is to shed light on the factors that make it difficult for people to quit using cigarettes and, in turn, to devise ways to use this information to advance the treatment of smoking.

Department of Psychology
My lab studies the temporal resolution of visual perception at the intersection of attention and memory. We use psychophysics, computational modeling and ERP studies to explore how behaviorally-relevant information is detected by the visual system and then encoded into memory as consciously reportable representations.